Don’t Dream: Act directly confronts the U.S. Administration’s policy repeal of DACA, and its general shredding of immigration rights in America. Positioned over the U.S. Presidential Seal, the “official White House shredder” cuts up pieces of Dreamer applications, along with their photos – a violent act that crushes dreams and destroys lives. These shreds also tear at the very fabric of what America used to stand for, but they will not die without a fight. The dismantline of DACA has now become a flashpoint for the reversal of human rights and a call to action to defend them. 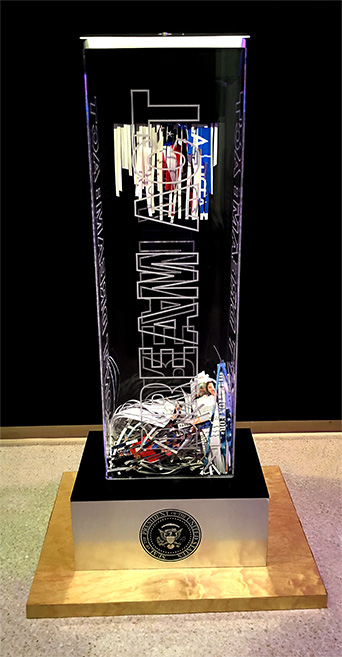 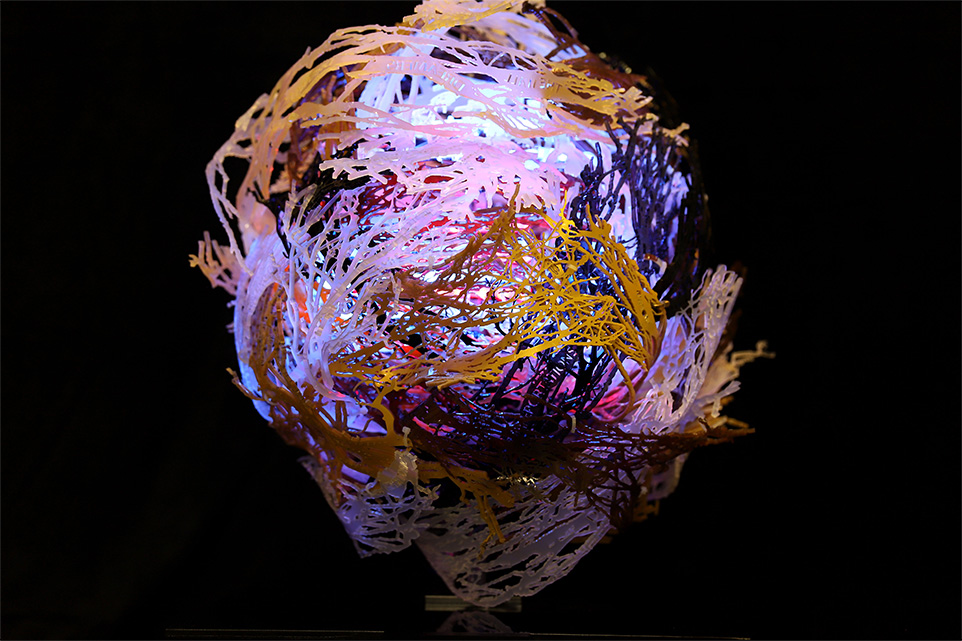 The proposed Exodus Series is an extension of my Encoded Textiles project, begun five years ago after my return trip from working with Mapuche weavers in my home country of Chile. The project combined QR codes woven into traditional textile designs by Mapuche weavers. When scanned with a smartphone, the woven “QR codes” take the viewer into a filmic world of story, myth and reflection by Mapuche elders, activists and poets. This new Exodus Series expands these technologies and techniques (weaving, filmmaking, oral history) into new terrains by focusing on border crossings and the Latin American indigenous diaspora of Mayan and Zapotec living in Los Angeles. My work plays on the idea of “borders” by framing the experience of trans-migrants in their own words through film and audio recordings embedded in textile or objects, and portrays the dizzying effects of migratory crossings in the urban global economy of L.A. This new approach to investigative art-making explores the contradictions that come with that crossing, when the hope of the American Dream is met with the dark side of living in its shadows.

My goal is to create contemporary hybrid “artifacts” that merge traditional cultural expressions with new technologies in order to highlight the commodification of labor in a trans-migrant context. These weavings propose a new mythology of cultural innovation while using the data they contain to restore and reinsert the indigenous migrant experience into the local Los Angeles cultural narrative and in global dialogue with Latin American origins.

Just as the art works allow viewers to “de-code” the migrant experience in a participatory role (i.e., by “activating” the coded stories), the series aims to bring together interdisciplinary forms of weaving and digital story-telling to mark and contrast the inter-relationships of traditional art forms with 21st century media. The multi-media aspects of the project stand as testimony into cultural life through documentary inquiry and observation. The project allowed me to further my work as a mixed media arties, filmmaker, while expanding and deepening the content of indigenous living history through art as a vehicle for public engagement with the pressing issues of our time. 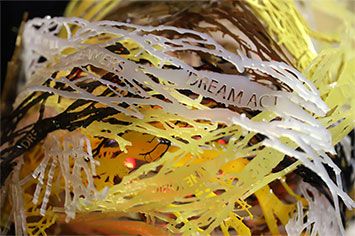 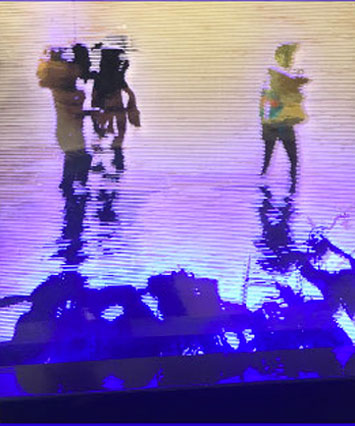 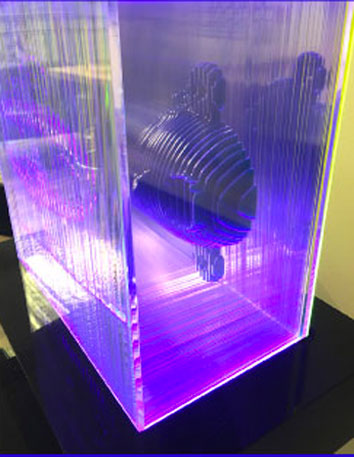 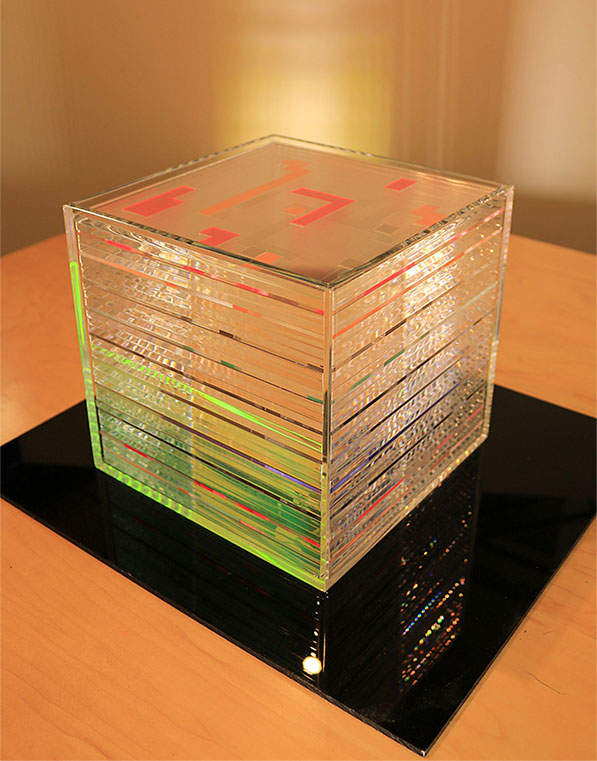