LA Artists Take Us from the Colonial Past to the Interstellar Future
Winners of the City of Los Angeles Individual Artist Fellowship highlight contested histories and utopian pasts in their group show.

LOS ANGELES — In 1926, oil heiress Aline Barnsdall donated several acres of her Olive Hill estate to the city of Los Angeles. The hilltop estate of olive and citrus trees overlooking Hollywood Boulevard would have been eagerly received by the municipal government had Barnsdall been a typical member of the city’s elite. A traitor to her class, she sympathized with organized labor, befriended the anarchist activist Emma Goldman, and advocated for radical causes that gave the city’s political leaders pause. Today, the former estate is a distant echo of Barnsdall’s original intent to build a utopian artist colony. Barnsdall Art Park contains the city’s Municipal Art Gallery and the Frank Lloyd Wright–designed Hollyhock House, but gone are the billboard signs once used to advertise the progressive political causes championed by its namesake.

Several works in the City of Los Angeles (COLA) Individual Artist Fellowships Exhibition at the Municipal Art Gallery highlight contested histories and utopian pasts. Since 1997, the City of Los Angeles Department of Cultural Affairs has yearly awarded grants to promising “mid-career” artists in Los Angeles. This year, the grants were worth $10,000 each and gave recipients in the visual, performance, and literary arts a chance to create new work to be exhibited to the public.

The oral histories of contemporary migrants who cross North American borders are the focus of Guillermo Bert’s “Tumble Dreams,” where the mythology of the West is complicated by forced and voluntary migrations from the south. The faces of migrants from Latin America are projected onto tumbleweeds, a symbol of the American West, as they recall harrowing accounts of eluding border patrols, overcoming hunger, and being separated from family members. In “The Archive’s Fold,” by Michelle Dizon, transnational migrations and legacies of colonization are narrated by fictional correspondences across time. Photographs of the Philippines from colonial archives and the artist’s family albums attempt to piece together a personal narrative in the context of larger histories. Letters between the artist’s great-great-grandmother and the artist’s imagined descendant from a dystopian 2123 project a story of diaspora that stretches from the colonial past to an interstellar future.

While COLA 2018 does not have an explicit theme, labor and immigration histories come to the fore as a lens through which to view the present and future. These artworks may refer to economic or political aspirations never fully realized, but they lay claims to ancestries and narratives that may present a way forward. 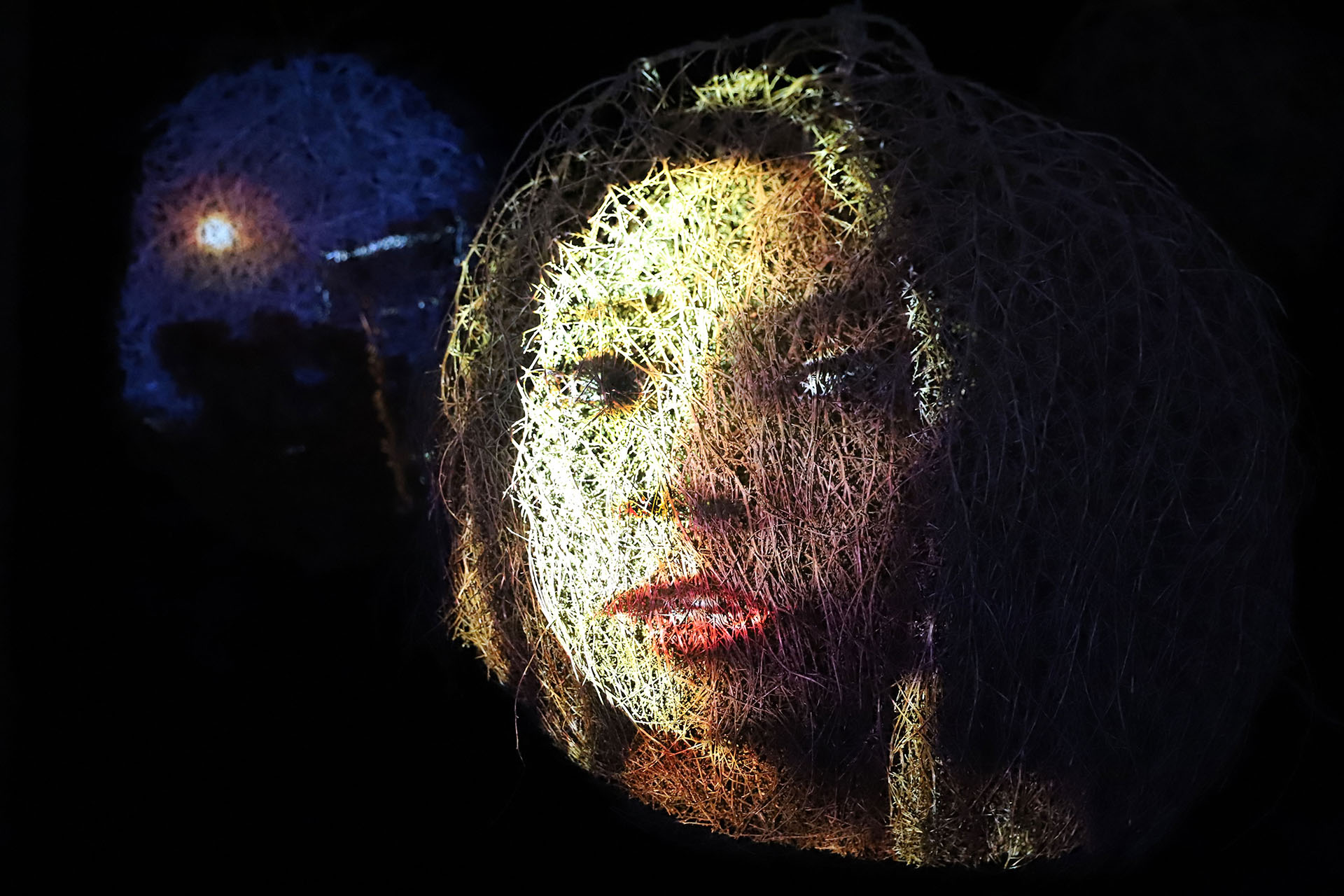 Chilean born and L.A.-bred Guillermo Bert is an artist for our time. His is a visual voice that bridges worlds through his installations, blending raw textural forms with digitized media and film. Bert’s current series, Tumble Dreams, follows from a decades-long trajectory starting with his series Encoded Textiles – begun as a joining of Mapuche weavings and smart phone technologies to tell the stories of indigenous cultural survival – and flowing from his more recent Exodus Series. The Exodus Series expanded his use of embedded technologies that, when scanned with a smart phone, open the viewer to stories steeped in places: indigenous, remote, yet present. Expanding into new forms and interviews here, Bert and his collaborators trace the migratory routes of Zapotec and Mayan diaspora coming to Los Angeles to realize the American Dream. For these dreamers (as with the DACA Dreamers caught in the bureaucratic whirlwind of policy retractions), the realization of their dream is often met with the dark side of living in its shadows. It is in those less visible places where Bert casts his light as an artist.

Stories lie at the center of Bert’s work. Less tech-centered than previous works, the pared back Tumble Dreams combines the elegance of natural objects (tumbleweeds) with oral histories “embedded” in the casing of the tumbleweed itself. His idea of how to tell those stories is at once shocking as it is compassionate. Through projected interviews, we learn about endurance and hope, about torn families subjected to the dangers of the journey. This is not an allegoric hero’s journey. This is the grist of lives split apart and confronted by the hard choices that find migrant workers in the rough and tumble worlds of bandits, border patrols, hunger and separations. These very survivals defy the threat of the border itself. The journeying migrants may appear to be like tumbleweeds, but they are not without purpose. As Bert describes,

I would like to represent this journey by the image of a tumbleweed, always changing direction, forming a new kind of nomadic population on the move. The tumbleweed is particularly tied to the southwest landscape where the dry conditions and the desert are also the backdrop of the crossing for the Latin American migrant.

The stories of up rootedness and tenacity that these works capture tell tales of transmigratory routes we rarely hear or see. The interviews and images placed inside the matted net of the tumbleweed give sculptural shape to the social complexities that connect each migrant’s personal journey to another. Each tumbleweed is both a nomad and a node in a larger distribution system. As with much of Bert’s work, a multi-layered narrative begins to emerge, creating a through-line of interwoven lives. The tumbleweeds, like the lives of many immigrants that lack secure status, hang suspended in space in mid-air. The spherical cocoon of thatches and thorns is an apt metaphor for the perils of displaced travelers and the communities they form.

In keeping with Bert’s commitment to engage with the cultural politics of immigration and displacement, his artistic goal is to create contemporary hybrid artifacts that highlight the commodification of labor in transmigrant contexts. The thorniness of cruel immigration policies that tear families apart and fuel informal economies serve as sticking points, while the tumbleweed itself rises from the landscape where it is carried straight to the heart of Los Angeles.

The tumbleweeds in the LAMAG exhibition bring with them an internal rhythm of place. The dreamscapes of the American West create a silent presence in our social geography that propels these forms and keeps them moving. The semi-concealed testimonies invite us to witness the hidden stories as told through the actual voices of migrants themselves. Their personal and cultural messaging creates a bond between an otherwise distant viewer drawn in by the intimacy and revelation of the traveler’s story. Bert’s aesthetic choices illuminate the faith in the dream that lives inside the minds and hearts of “tumbleweed” dreamers. Tumble Dreams gives purpose to their seemingly aimless tossings, but also fills its hollow core with the storied promise of a new future and the longing for home. 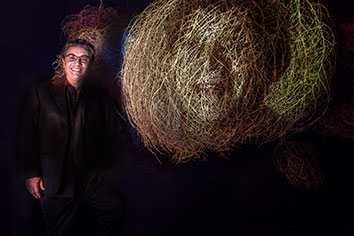 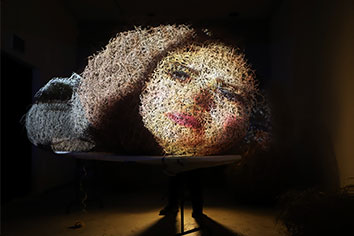 Lorena telling story about the border crossing while she was pregnant 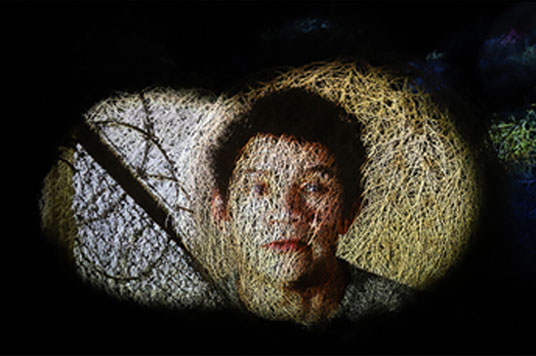 Lorenzo said that he had a very rough time crossing the border to the US, almost 15 years ago 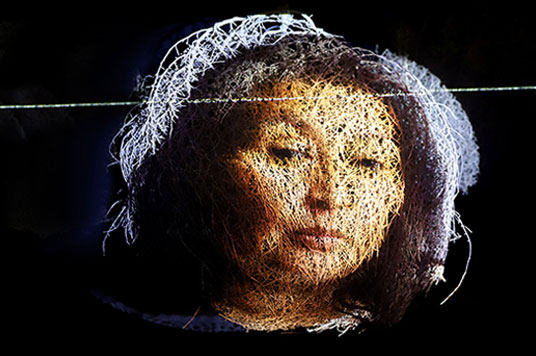 Odilia came to the US when she was a young girl, but her transition was dramatic because she grew up in Oaxaca 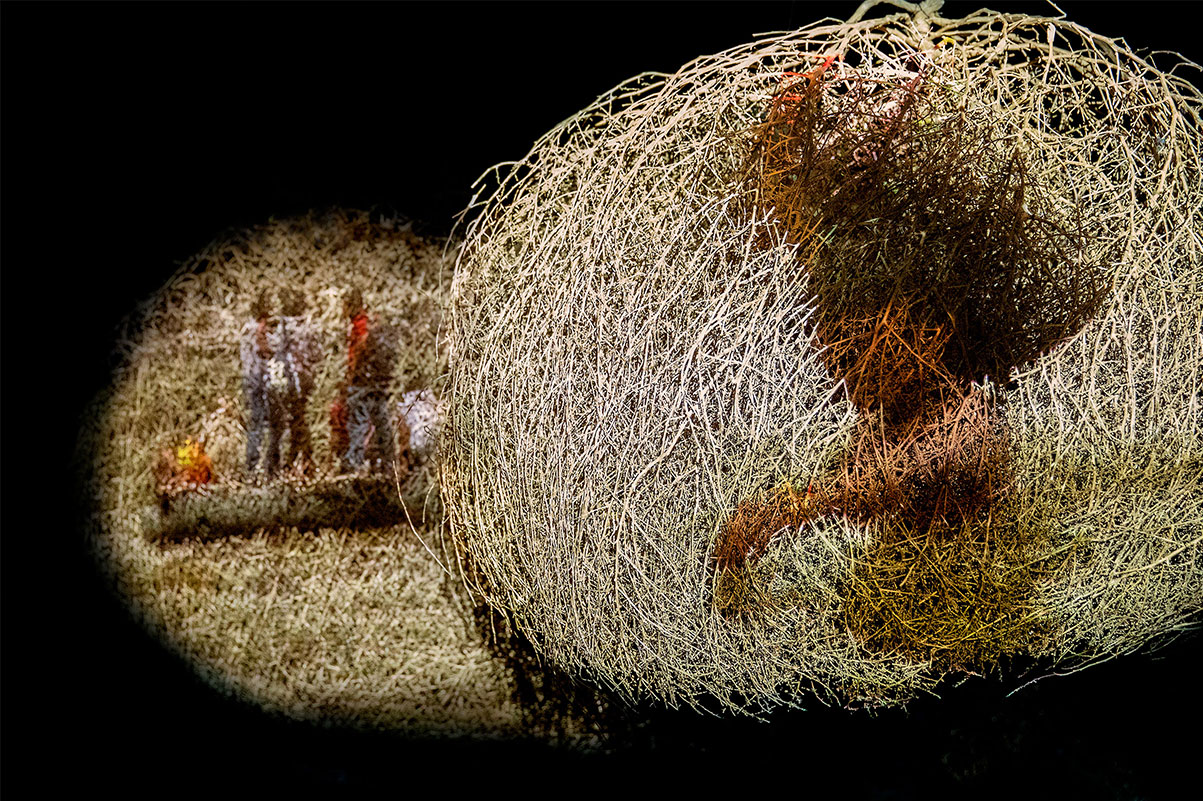 Crossing the border between Guatemala and Mexico, this is one of the routs they use, and they endure a hard time in their journey